The Eighth Roman King is a new game in the Playscape series for primary school children.  A breathtaking adventure, it is designed to explore and learn the secrets of ancient Rome while testing the reasoning speed and courage of all players. The game contains 60 cards and a special magic lens to discover the hidden clues.  Each card proposes a puzzle with a clue to be discovered to locate the next card: you can immerse yourself in an incredible adventure while consolidating the history contents of primary school.

The Start
The Professor, a famous historian, is explaining the birth of the Roman civilization to a group of students. Right now he is focussing on the copy of an ancient plaque hanging on the wall. But something is wrong … Carefully read the clues hidden in the cards, solve the puzzles and pass all the tests: the Professor needs your help!

PLAYSCAPE
The series PLAYSCAPE is comprised of games and books inspired by the Escape Room model that take some principles and apply them to different school subjects.  The materials in the series offer stimulating adventures that involve solving codes, puzzles, brain teasers, and riddles linked to specific educational content. In a completely original and fun way, children and young people will thus be able to consolidate their learning and enhance their logical skills, lateral thinking and reasoning at the same time.

Games from the Playscape series

For children and teenagers, and inspired by the mechanics of the "Escape Room", the games in the Playscape series review the contents of school subjects in a fun and adventurous way, while enhancing logical skills and reasoning. To be used individually or in a group, the games included in the series test the skills, intuition and courage of the participants who will have to pass tests and solve puzzles in order to complete an important mission.

60 extra large cards, each one with its own mystery to solve to identify the next card and advance in the game;

a DECRIPTICON – the red lens that, when placed over the back of some special cards reveals useful hints for completing the mission.

Playing is easy, all you have to do is:

The games in the Playscape series are for children ages 8 to 11 and are perfect for reviewing and consolidating the history curriculum in primary school: 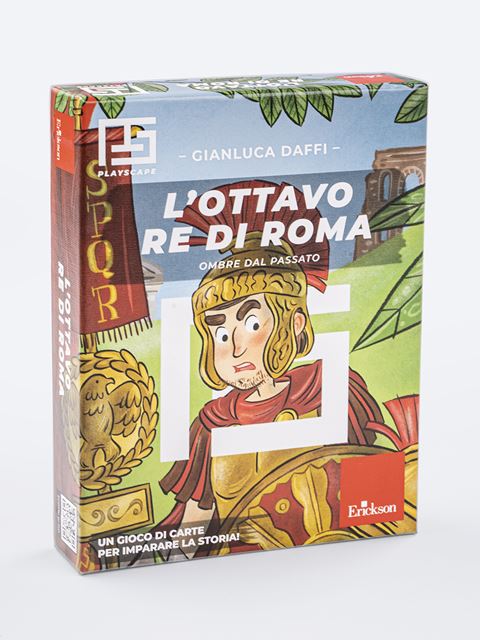 A breathtaking adventure created for exploring and discovering the secrets of Ancient Rome! Find out more! 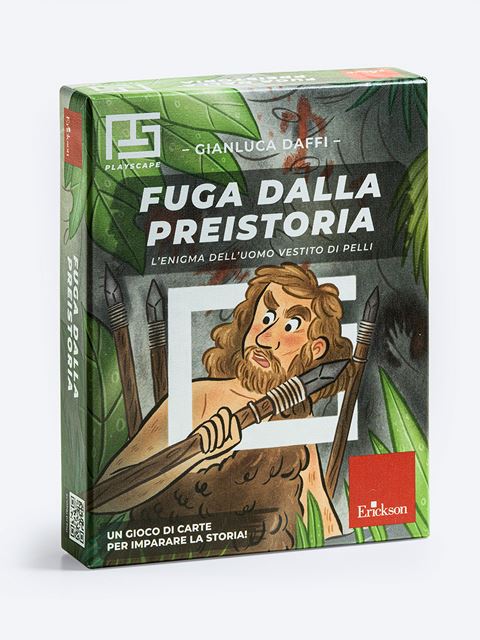 The mystery of the man dressed in fur

An exciting challenge for testing your knowledge of Prehistory. Find out more! 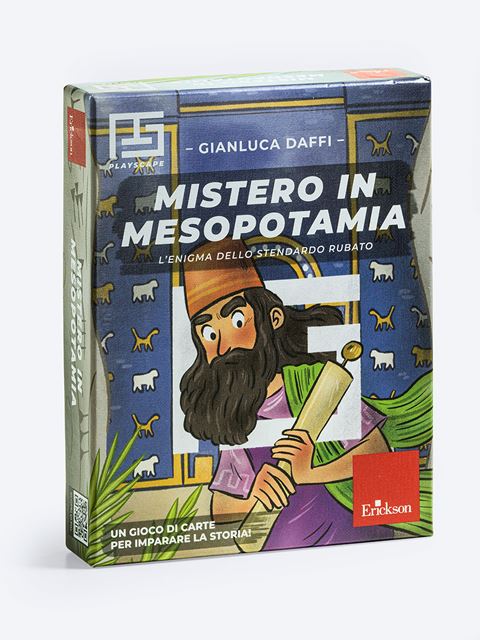 The disappearance of the stars

An exciting adventure for testing your knowledge of the Mesopotamian civilization. Find out more! 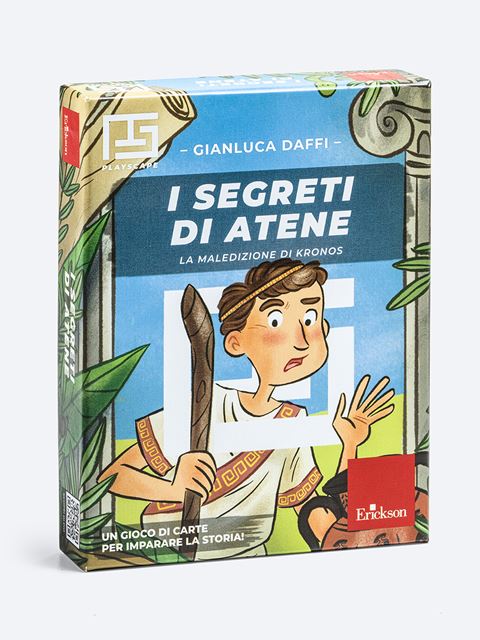 THE SECRETS OF ATHENS

A breathtaking adventure created to explore and learn the secrets of Ancient Greece. Find out more | Show video

Read the complete instructions from some cards translated into English

Gianluca Daffi With a degree in Psychology, he collaborates with the Department of Psychology and with the Learning and Educational Psychology Service of the Catholic University of the Sacred Heart in Milan. He has collaborated with IRRE Lombardy in the research group on personalisation and with the MIUR on the project for training and refreshing special needs teachers. A trainer for public authorities and private enterprises, he provides training for parents and teachers.