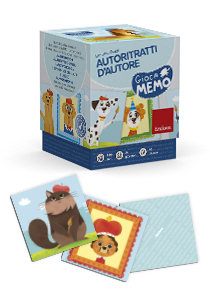 
The new series Memoplay is designed to develop visual memory and concentration and also to reinforce other specific skills. With the different games in the series children can practice matching cards according to criteria of visual similarity and also according to other unique content. In fact, each game focuses on particular areas and these are: logic skills, visuo-spatial abilities, metaphonology, sense of self and of others, lexis and learning.

Training for the mind! The games from the “Memoplay” series are an exciting and engaging reinterpretation of the classic card game "Memory", providing practice for the memory, and numerous other skills as well. In particular the following skills are developed: •logic skills •visuo-spatial skills •metaphonology •awareness of oneself and others •vocabulary •learning Each game in the series concentrates specifically on one of these skills.

Request a sample or more information

Each of the 6 “Memoplay” games is made up of 40-50 cards to be shuffled, placed face-down on the table, and then matched up according to the association rules given. Each game has possible variations which increase the degree of difficulty, in order to cognitively stimulate different ages and different levels of competence. This means that younger children will be able to play with a limited amount of cards (for example, half of the cards in the deck), while older ones will have fun playing with all the cards in the deck. A white symbol on the margin of each card allows players to verify the exact match for a pair of cards in case of doubt. 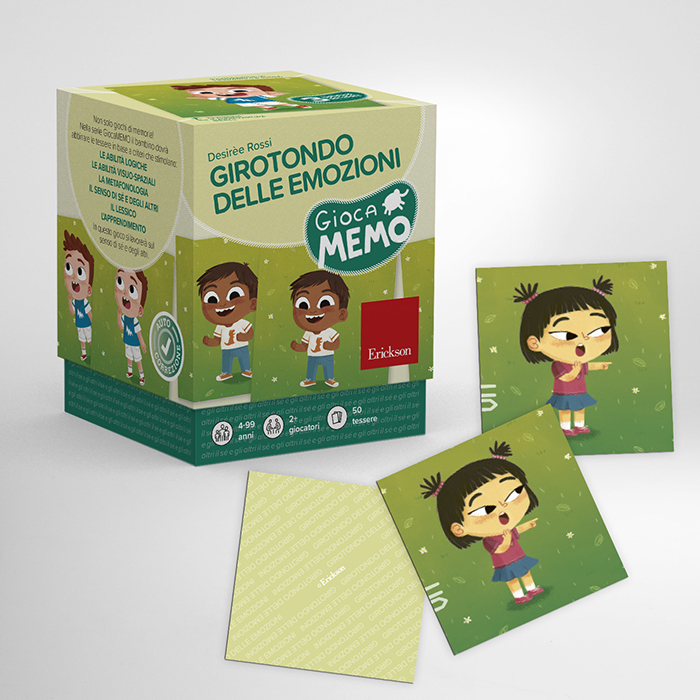 The merry-go-round of emotions

Composed of 40 emotion cards – happiness, fear, anger, surprise and sadness – illustrated by four different characters (two boys and two girls). Each player must match the pairs of cards with the same emotion shown by the same character.  In a more complex version of the game, each player is assigned a character and the game consists of finding the pairs of emotions for one’s own character.

This game focuses on the awareness of one’s self and others. 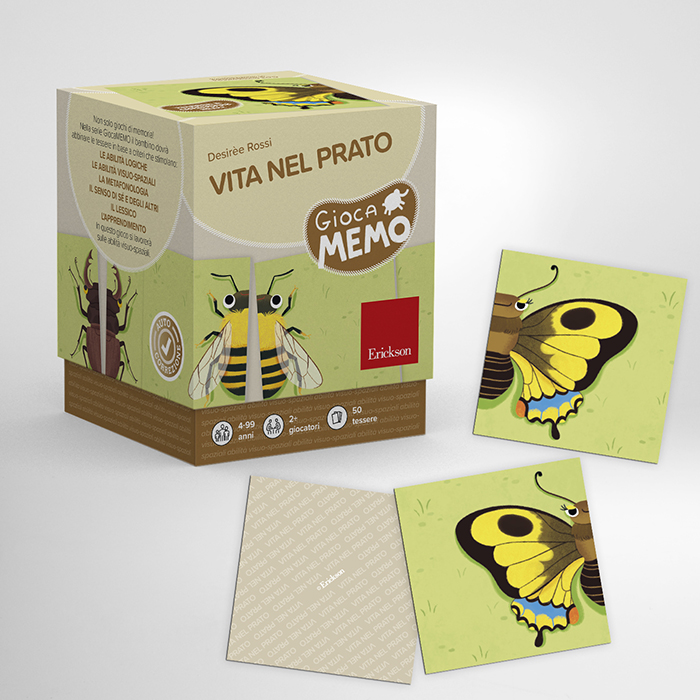 Life in the meadow

Composed of 50 cards, each one with a picture of half of an insect. The children must use their visual recognition skills to pay attention to the details that characterize the animals on the card (colour, shape, details on the legs, wings...), in order to recognize each insect. In this game, we suggest starting with a limited number of cards which can be increased, thereby changing the level of difficulty of the game.

This game focuses on visuo-spatial skills, as well as intuitively reinforcing mathematical concepts such as halves and symmetry. 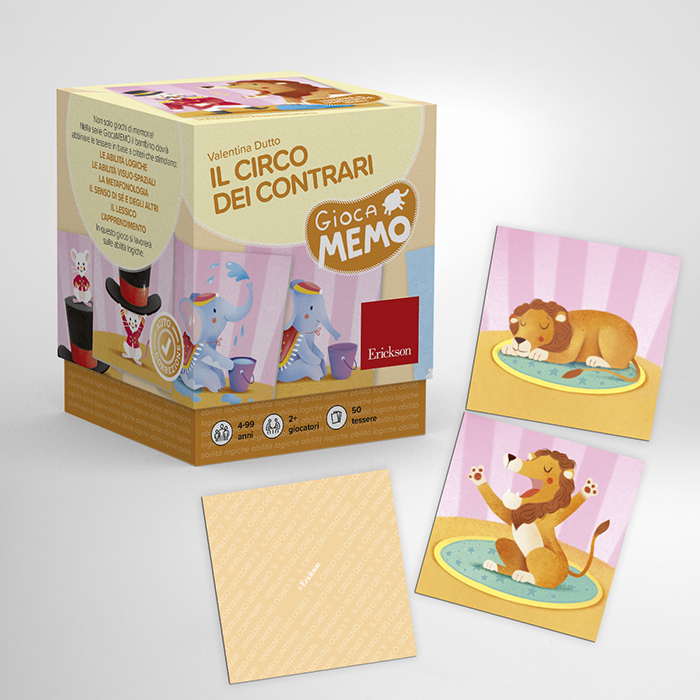 The circle of opposites

Composed of 50 cards that represent different circus characters (tiger, lion, trapeze artist, clown, giraffe…), in different situations or with different characteristics.  The objective is to match the same character with its opposite qualities (for example: awake/asleep lion, light/heavy elephant…). We suggest starting with a limited number of cards with this game as well, which can be increased to change the level of difficulty of the game.

This game focuses on logic skills, which allow for the recognition and matching of opposites. 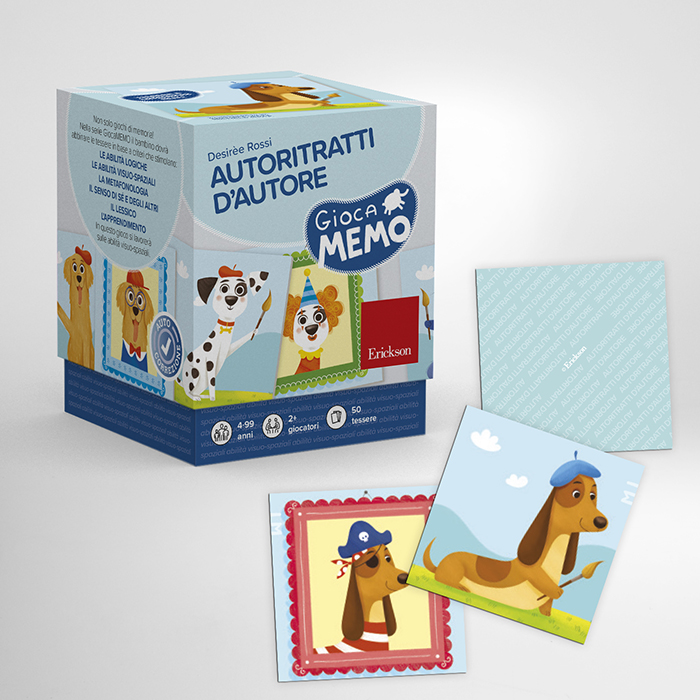 Composed of 50 cards which show either the picture of a painter (a cat or dog), or the painter’s self-portrait But be careful! The self-portrait of each character is quite strange, full of creative extra details which often stop you from recognizing the original character immediately! With this game we also suggest starting with a limited number of cardswhich can be increased to change the level of difficulty of the game.

This game focuses on visuo-spatial skills.

What game should we play?

Composed of 50 cards of varying difficulty, What game should we play? develops a sense of self and of others. The box contains 25 pairs of cards representing a girl and a boy doing the same recreational activity, for example skipping rope, playing ball, playing with the hula hoop, blowing bubbles. By matching the couples of girl and boy doing the same action, children will learn a fundamental concept: boys and girls can play the same games and have fun together! Cat and bat and other strange pairs

This game is made up of 50 cards of varying difficulty to be matched in minimal pairs, for developing metaphonological skills. By looking at the cards, children must name the object represented and identify the changed sound (the initial sound in level 1 and 2, the middle sound in level 3) like cat and bat, for example.

The game, organized in levels of increasing difficulty, allows the development of phonological awareness and the personalization of the stimulus based on the players’ skills.