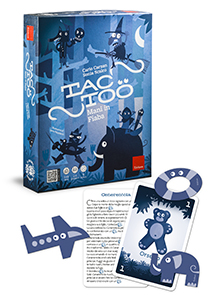 
Every year in the Kingdom of Ludus there is a huge festival dedicated to fairy tales, but during the night strange elements have entered the stories and have changed their meaning making them confused. Can you find them and become the Great Narrator?

To win the title of the story, the child will have to listen carefully to the fairy tale and then using only their hands, with attention and speed, they need to find the intruders and put the fairy tales in order.

Objective: narrative ability, attention and concentration, tactile and manual skills
Number of players: from 2 to 4
Ages: 6+

A game - created by Carlo Carzan, the "play master", and Sonia Scalco – that encourages tactile, manual and attention skills in children through listening to “preposterous” fairy tales.

Every year in the Kingdom of Ludus there is a festival dedicated to fairy tales.

But this year, during the night, some strange elements entered the stories, completely changing their meaning.

Can you find these items? To do this, you will have to rely on your sense of touch, find the intruder and put the fairy tales in the correct order.

Tactoo is a game geared towards children ages 5 and up, from the “Kingdom of Ludus” series.  The games in this series stimulate not only the child's cognitive area, but also the physical, emotional and relational areas as well. In particular, Tactoo, focuses on the following areas: • attention • concentration • tactile and manual skills • narrative abilities 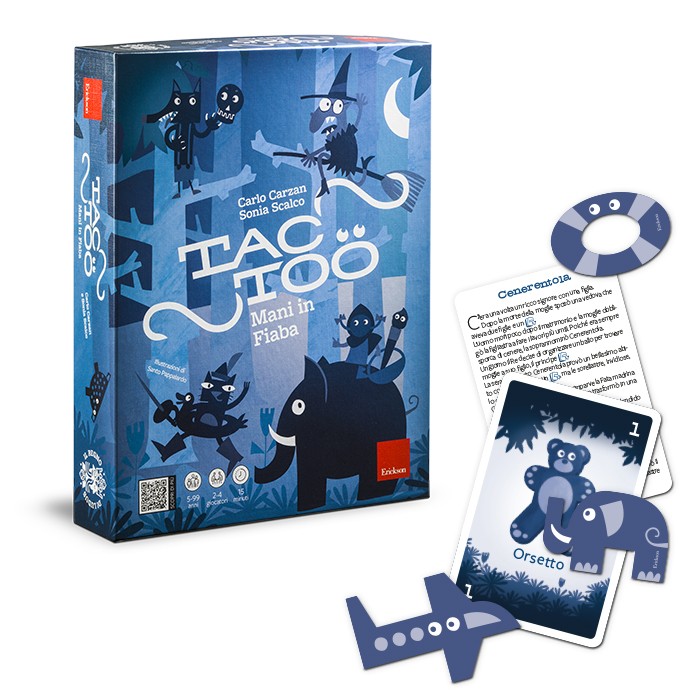 The game is composed of: 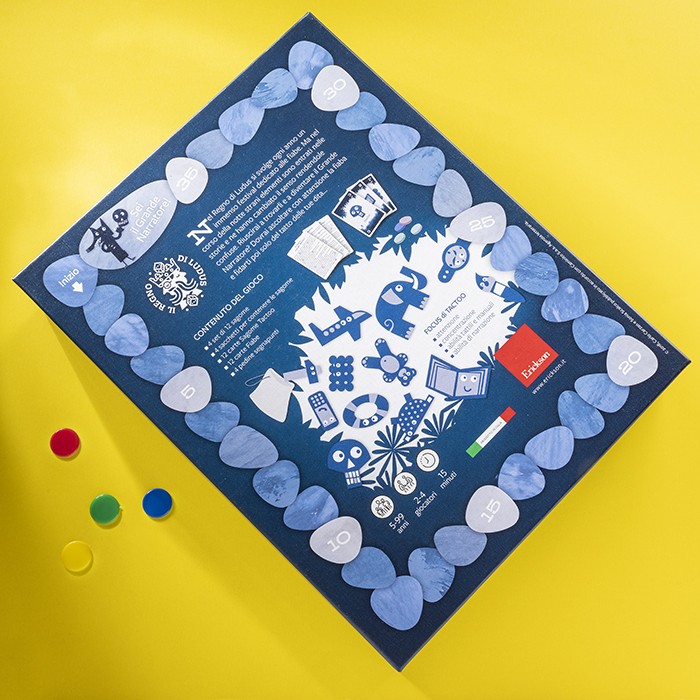 4 game pieces and a game board to keep track of points. The points chart is on the back of the box 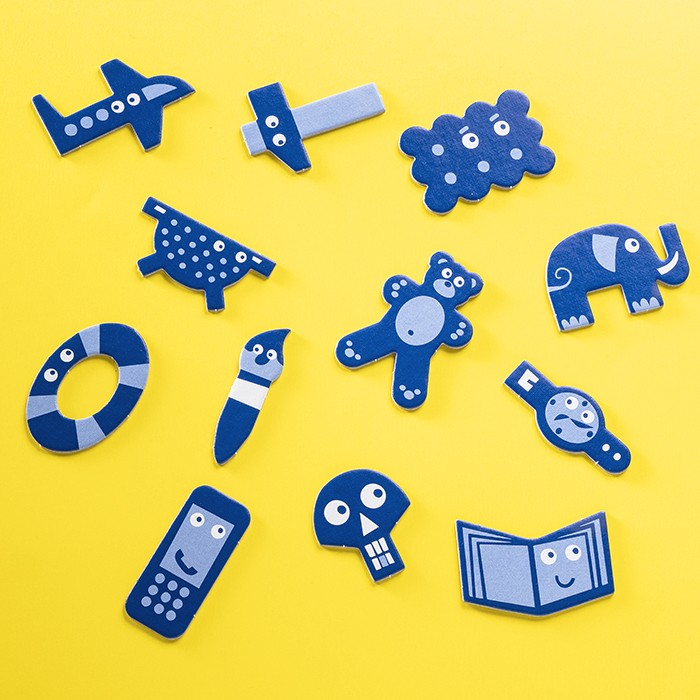 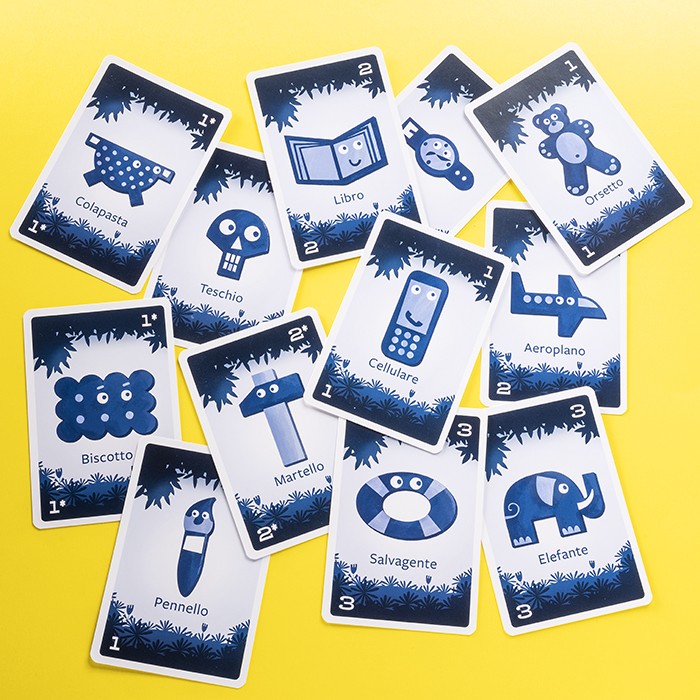 12 Tactoo cards with pictures of the cut-outs on 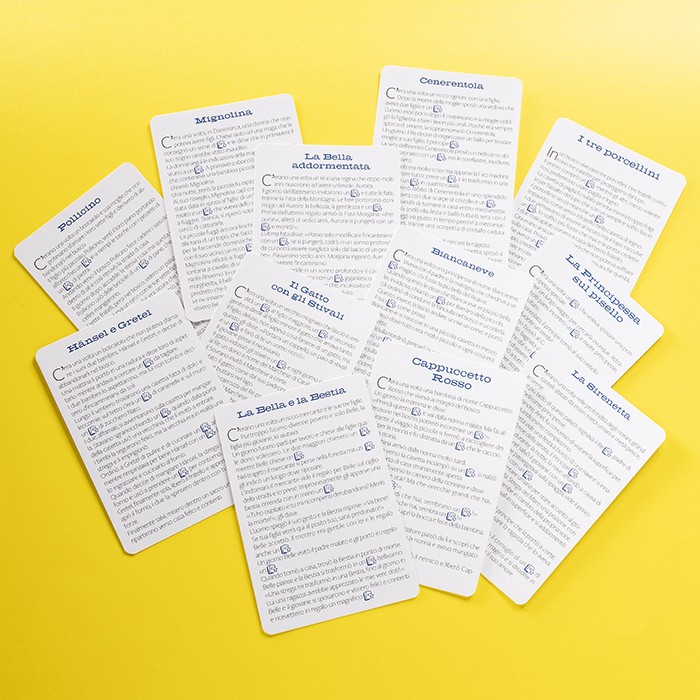 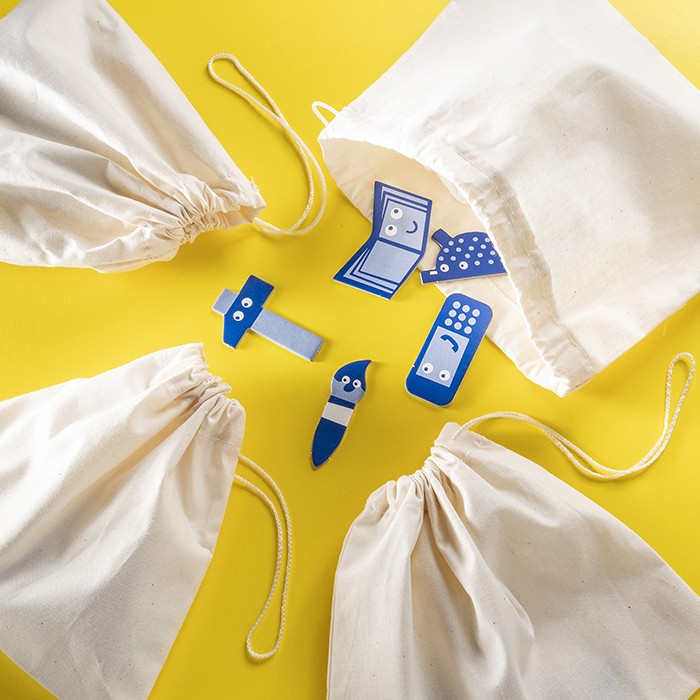 4 bags to put the cut-outs in

The game is intended for 2-4 players, ages 5 and up. Each round lasts for about 15 minutes.

Recognize the various characters and objects that belong to the fairy tales by touch. The player who can identify the most will be proclaimed "The Great Narrator". 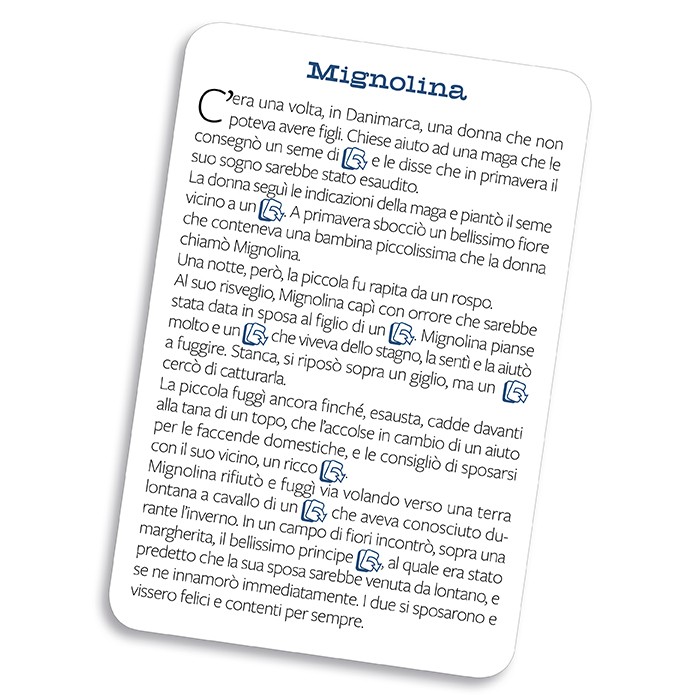 One of the players, or an adult, who will perform the part of the Narrator takes a Fairy Tale card and begins to read the story.

Each time that he/she sees this symbol

, the Narrator must flip over the first card in the Tactoo deck.

At this moment, all players say the phrase “Hands in the fairy tale” and using one hand only, they must find the corresponding cut-out. 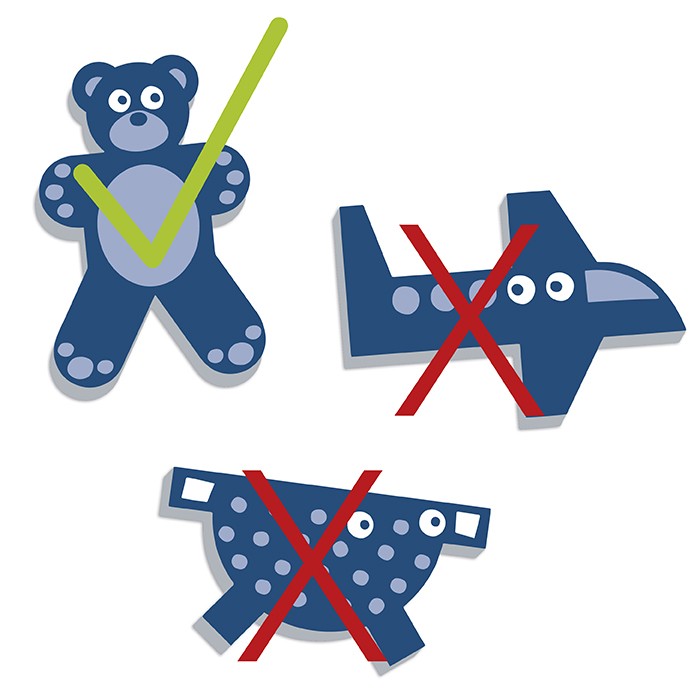 When a player thinks they have found the correct cut-out, he/she pulls it out of the bag: • if it is correct, he/she stops the game by saying «TACTOO» • if it is incorrect, he/she puts it back in the bag and continues to search It is absolutely forbidden for the players to look in their bags. They must only use their sense of touch to find the cut-out. 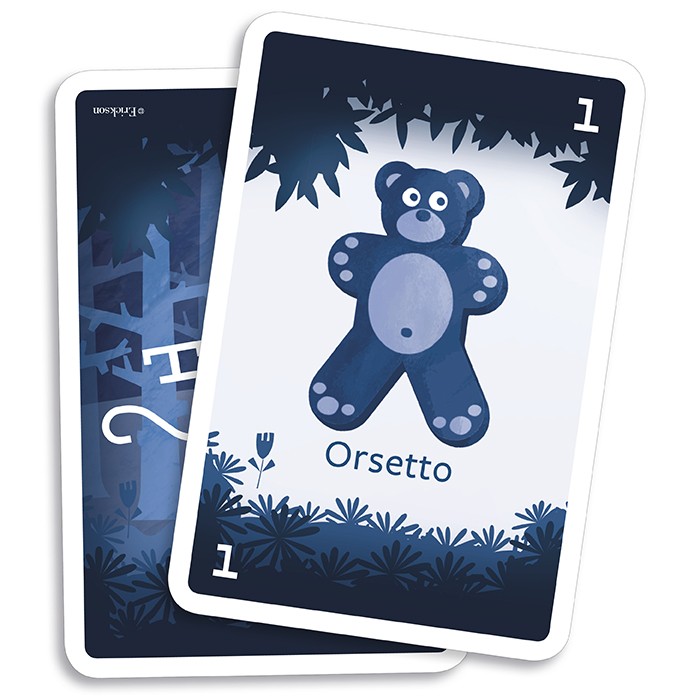 The first player to find the correct cut-out wins the corresponding card. Everyone puts their cut-outs back in their bags and the Narrator continues reading. There must always be 12 cut-outs in the bag at all times. 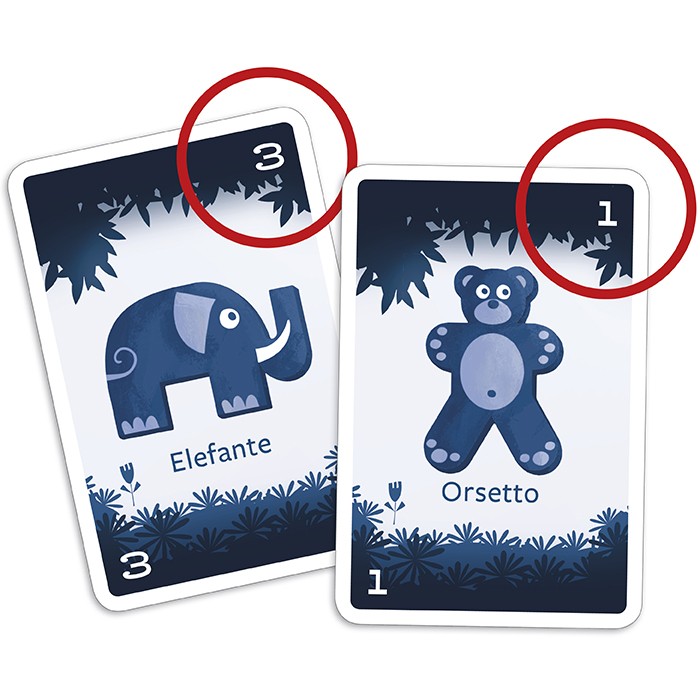 As soon as the story is finished and all the cards have been distributed, the points on every Tactoo card are added up, and the game pieces are moved the corresponding number of spaces on the game board.

The player who reaches 36 points first wins, or alternatively the person who has the most points after three fairy tales wins the title of “The Great Narrator”.

The game also includes variations which permit it to be adapted to younger or older players.