What do House Pets Do? 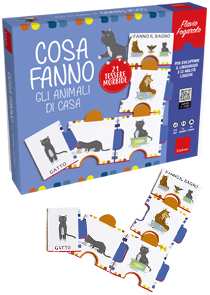 • Ages 3 – 5. The activities — which increase in complexity — adapt to the different age ranges and stages of the child’s development. Children can play alone or with an adult.
• The 21 soft interlocking tiles stimulate the child’s manual dexterity and their association and observation skills
• The self-correcting tiles develop the child’s autonomy and allow him/her to evaluate the pairings and make corrections

Tiles in SOFT EVA MATERIAL: non-toxic and non-allergenic, the material is particularly suitable for this age group. In addition to guaranteeing the child’s safety, it is resistant, light, and easily manipulated.

GAME INSTRUCTIONS
The soft tiles can be used for several activities, from simply interlocking them to answer the questions ‘who is it?’ and ‘what does it do?’ to more complex games like dominoes.

What do animals do...

A new series of games, created by Flavio Fogarolo, to develop language and logic skills in children from ages 3 to 5. 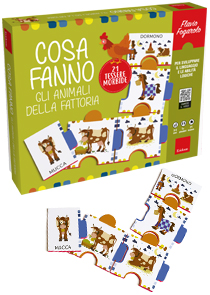 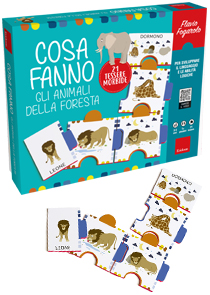 Simple, fun, and engaging, these games help children recognize and associate animals and their actions. Adapting to the developmental stages of the child and stimulating growth, these games propose activities of increasing complexity that:

Each game contains 21 soft interlocking tiles (made from non-toxic and non-allergenic soft EVA material) that stimulate motor skills and the ability to associate and make observations. In addition, the colour checking system allows the child to evaluate the correctness of the matches without parent intervention, which encourages autonomy. 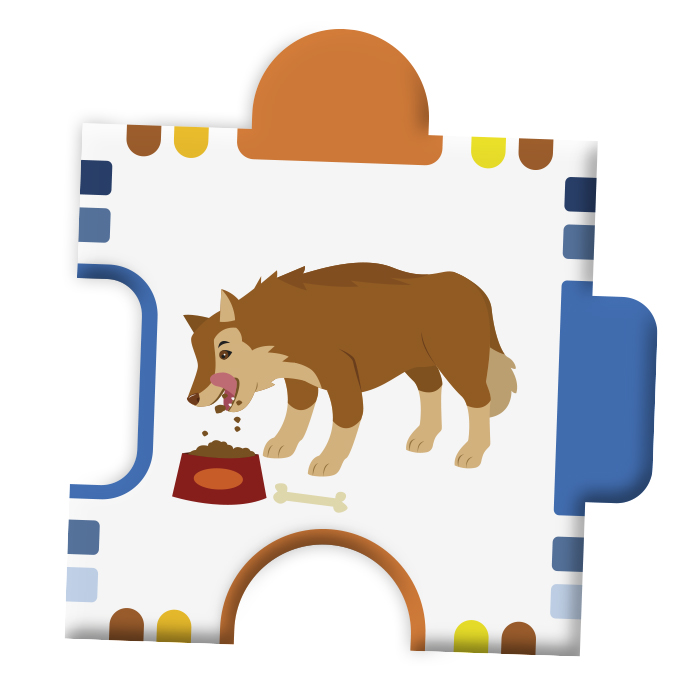 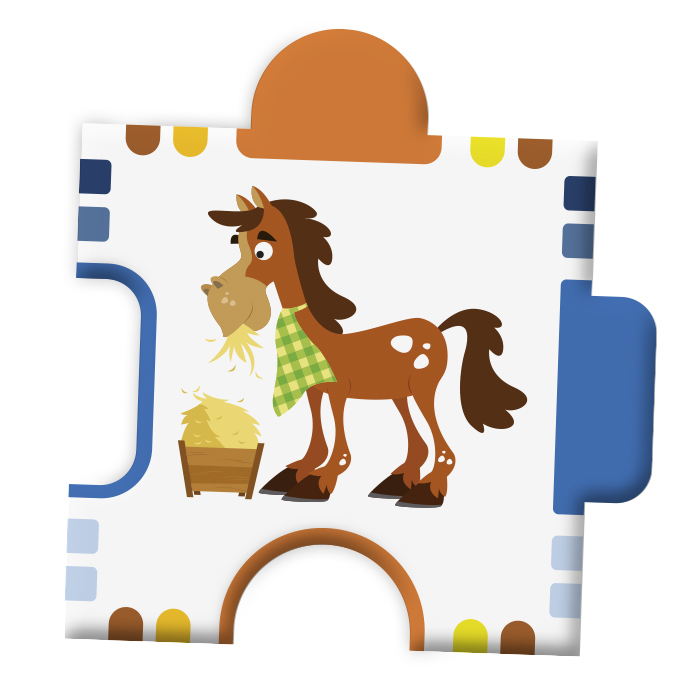 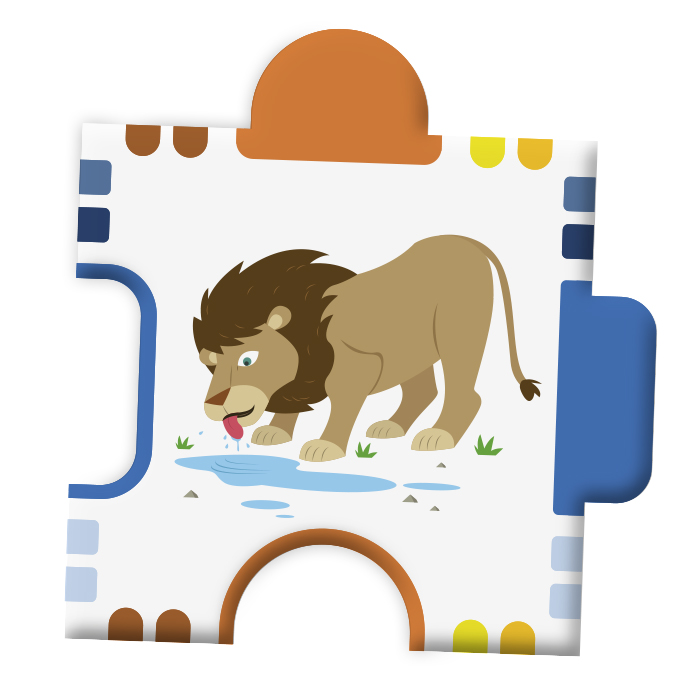 The middle tiles are square, and they connect to the other tiles both horizontally (the same animal doing different actions) and vertically (different animals doing the same actions).

The upper and lower edges of the tile different from the left and right edges by the tab shape and colour, in order to facilitate the identification of the correct association. 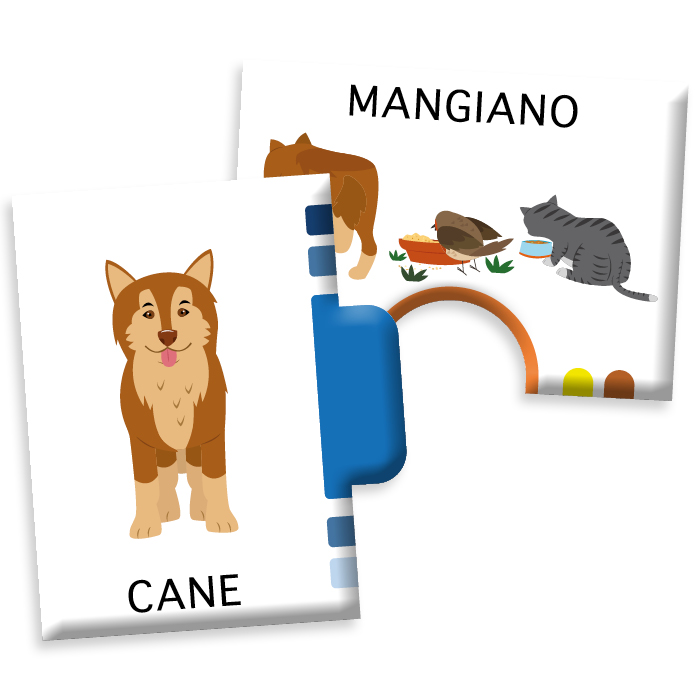 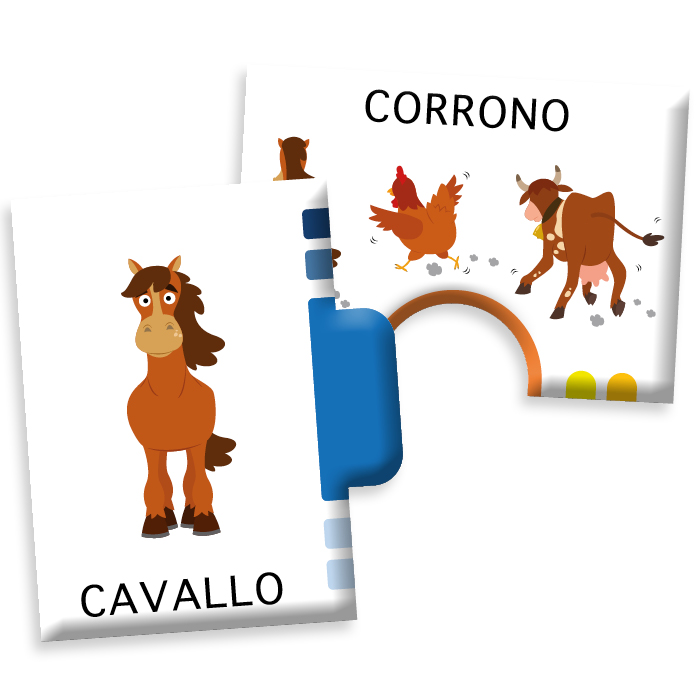 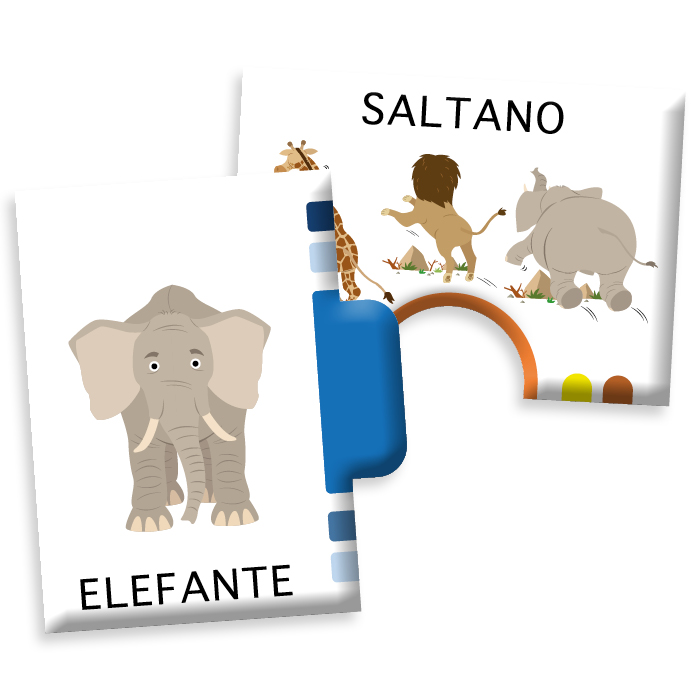 The edge tiles are rectangular and have only one connecting side. They introduce the idea of beginning and end of a sequence in a very intuitive way, both for the animals and the actions.

Games for the youngest players...

Using only the middle tiles

With the individual middle tiles, you can encourage the child to describe what is represented: ex. The giraffe is drinking, the lion is sleeping…

With the middle tiles of the same animal (giraffe, lion, elephant) you can build horizontal sequences of different actions.

With the middle tiles of the same action (drinking, sleeping, jumping), you can build vertical sequences of different animals. 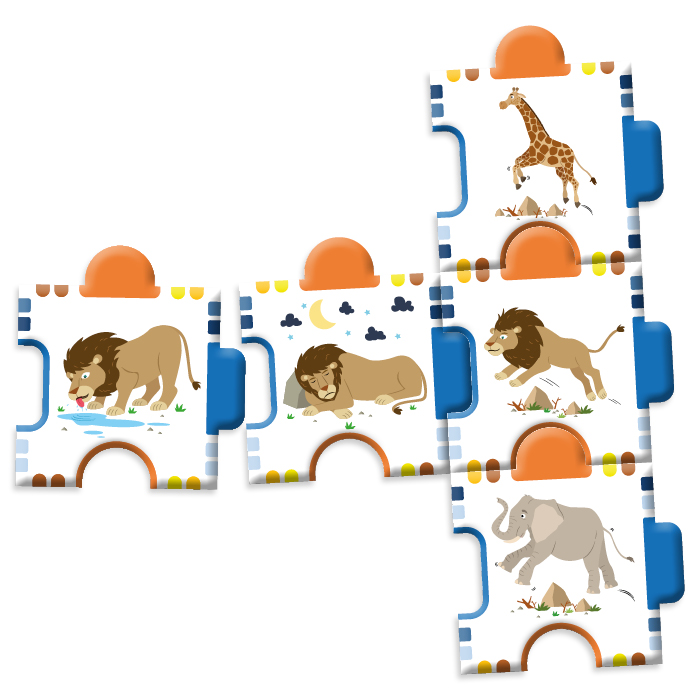 Using only the edge tiles

You can connect two tiles of the same animal or the same action.

You can distinguish the tiles that show the front view of the animal from the back view.

Using both the middle and edge tiles

You can create a horizontal sequence with three middle tiles of the same animal, adding the corresponding edge tile to the beginning and end. Ex. Lion

You can create a separate vertical sequence with three middle tiles of the same action, adding the corresponding edge tile to the beginning and end. Ex. Sleep

Finally, it is possible to create the complete chart, connecting the 9 middle tiles with the correct matches both horizontally and vertically and correctly placing the 12 edge tiles around the border.

... and for the older players

Select only the 12 edge cards and place them randomly face down on the table.

Taking turns, the players turn over two tiles: if they show the same animal or the same action, the player keeps them.

The winner is the one who gets the most matches. 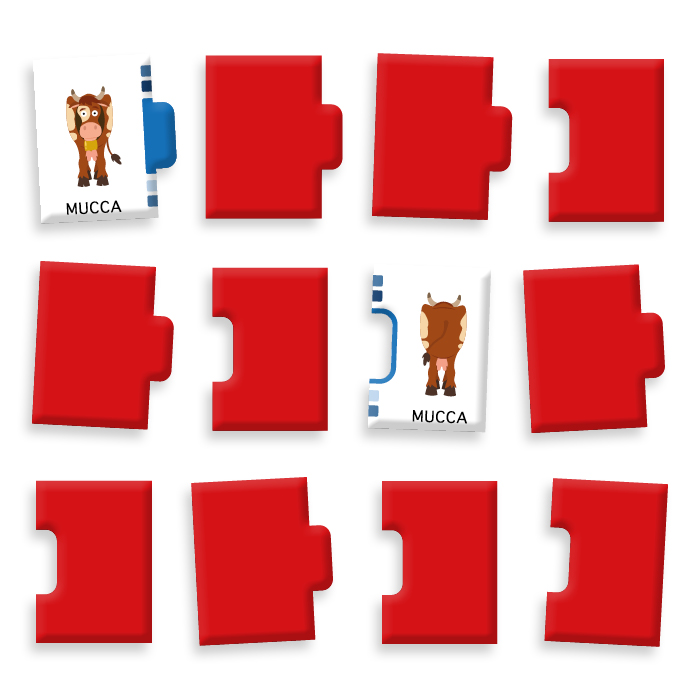 Taking turns each player tries to connect one of his/her tiles with one of the tiles already present on the table by matching it on a free side.

The winner is the first person to use all their tiles. 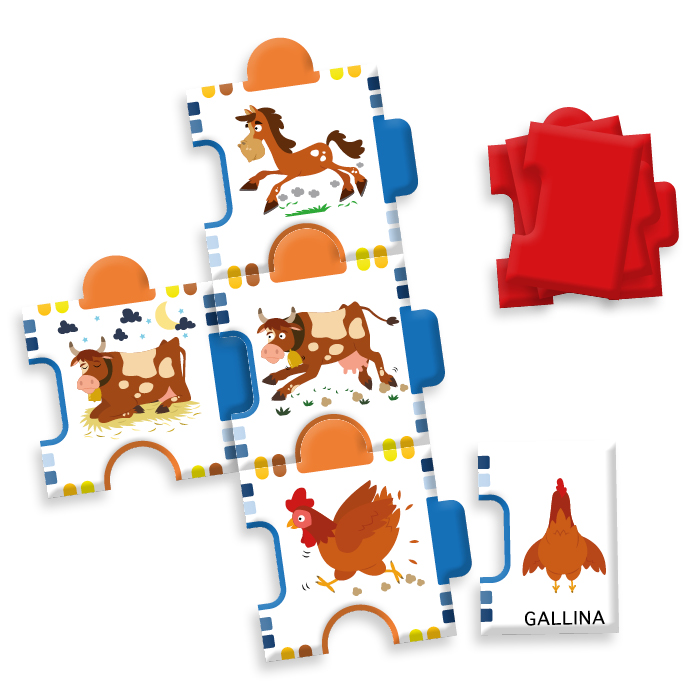 On the next turn, the tiles can only be connected at the top or bottom, and not on the sides, in order to form a single sequence, which can continue in a straight line or at right angles, making a snake.

The object of the game is to complete the snake by adding a beginning tile and the start and end tile to the end. 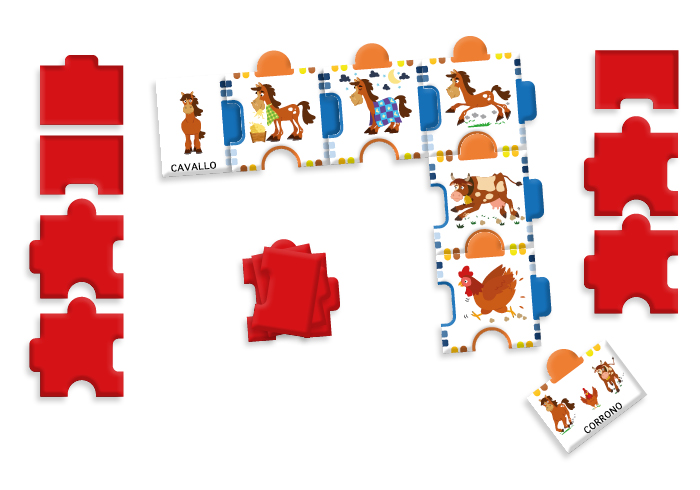